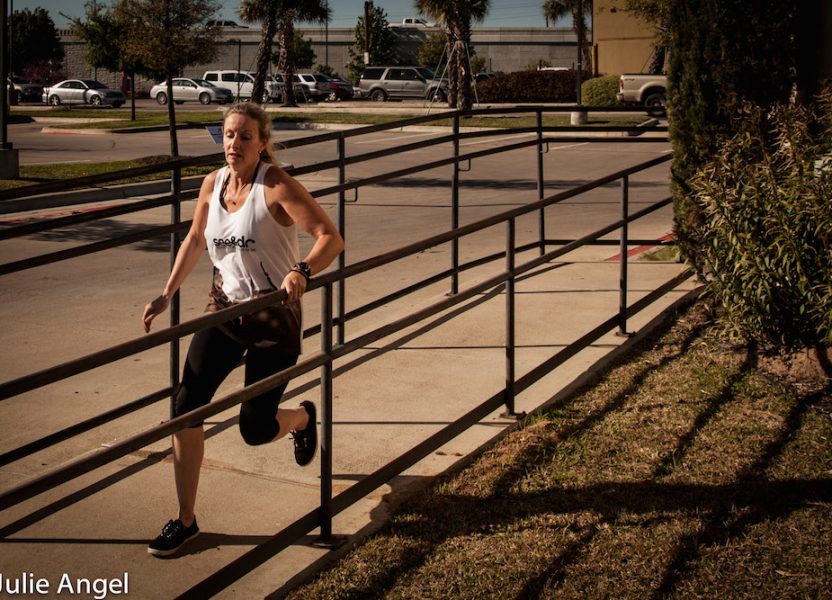 May 17, 2015 | Posted by admin | Everyday Thoughts | 0 comments |
We act as though our own learning process is shameful. I’m as guilty of this as anyone else. More, maybe. I watch other people train, but I don’t like it when they look at me, because I can’t do anything impressive. I don’t think I’m alone in that. I have seen other people (mainly women) look almost apologetic when they are working on small jumps, as though their training is something that should happen behind closed doors until they can do triple backflips. I once had a parkour classmate turn to me and apologise for taking what she felt was “too long” on a wall run – she was ahead of me in line, and seemed to think I’d be angry that she was very slightly hesitant.

But why do we do this? It’s not a secret that learning takes time and practice, and that every perfect technique is built on a foundation of hundreds of failed attempts. We can’t learn big jumps without practicing small jumps. We don’t look at someone doing a triple backflip and assume they have never faceplanted while learning, because we know failure is part of the process.   The first day I took my longboard to the park I kept my eyes on the ground, because I knew that people would be looking at me every time I stumbled or fell off (which was every few seconds, by the way). I could see that a couple of people sitting on a bench were watching me, and I was embarrassed. You can’t really hide in London, though – there are people everywhere, all the time, so I had to deal with it. A few weeks later, I was slowly and carefully trundling downhill past the same bench, and someone was watching me again. This time, I looked up. He was smiling – and not in a cruel way. The sight of someone learning made him happy. He was on my side. There was nothing to be ashamed of. It makes perfect sense, when you think about it. As a parkour practitioner, when was the last time you pointed and laughed at someone doing their first precision? If you do anything else, like martial arts or juggling, when was the last time you mocked someone’s attempts to pick up a new move? I’m betting it was never. If I’m wrong, maybe you need to take a good look at yourself. But when was the last time you saw someone try something brand new to them, sometimes getting closer and sometimes failing completely, and found yourself completely fascinated? If it’s something you can do, you probably remembered how it felt the first few times you tried, where you went wrong, and how long it took you. If it’s something you’ve never tried, maybe you’re interested because you’re curious – what is that person doing? Could you try that? Either way, even though I am always anxious about people seeing me try things, when I see others learning it feels like I’m watching a bird trying its wings for the first time. I am 100% behind them. I want to see them fly. When we avoid learning around others or in public because we are shy or embarrassed, we aren’t giving people the opportunity to see what learning looks like.

If monkey don’t see, monkey don’t do – so maybe we need to go outside and show people that yes, learning involves falling over, and being hesitant, and failing sometimes – and that they can take those first wobbly steps too, without any shame at all.   For more great articles from Katie follow her personal blog at https://idomanythings.wordpress.com