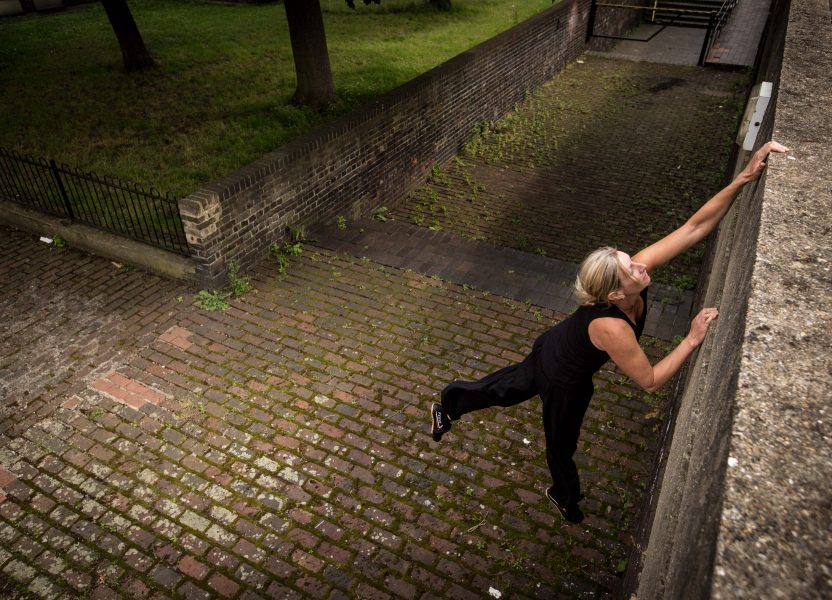 Jan 20, 2017 | Posted by admin | Everyday Thoughts | 2 comments |
I’ve never seen the need for parkour brands. You want something cool on your t-shirt? Get a sharpie and draw it on there. And then get back to training. One of the attractions of parkour for me has always been that we don’t need kit; we don’t need to spend money. Right off the bat, parkour is more accessible to those in financially precarious situations, and less likely to be rampantly repackaged [1], like skateboarding and surfing have been (look into the calculated erasure of women skaters and surfers, if you’re interested.[2] ) In this way, parkour is potentially a site of resistance to the market and to late capitalism. This has always been its strength. But, as it always does, the market has proven that all means of resistance can and will be recuperated, packaged and resold back to us. And so parkour brands are born: Etre Fort, Skochypstiks, Farang, Storror, Take Flight (hahah!), Novel Ways, Wefew, Air Wipp, and so on and so forth, all sell us products we don’t need. I am, of course, a grumpy leftie, and while it irks me a bit, but I don’t begrudge people founding these brands or people buying their products. Unless… Unless those brands warp and abuse the principles that make parkour what it is. We’ve seen it before with Tempest and their ‘test footage’ for KFC, or with Red Bull and Betfreds sponsoring parkour/ freerunning competitions. And we see it again and again in parkour brands themselves using tired misogynist tropes in their videos, ad campaigns and social media. If parkour brands exist, we must hold them to a higher standard. Now, I’m focussing here on sexism in parkour branding, and while it’s not as awful as in some other fields, I’d argue that’s simply because the field is smaller. For just two examples: 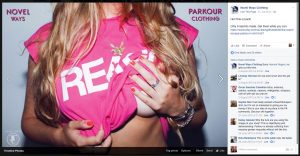 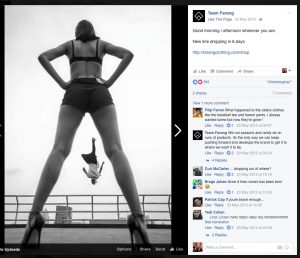