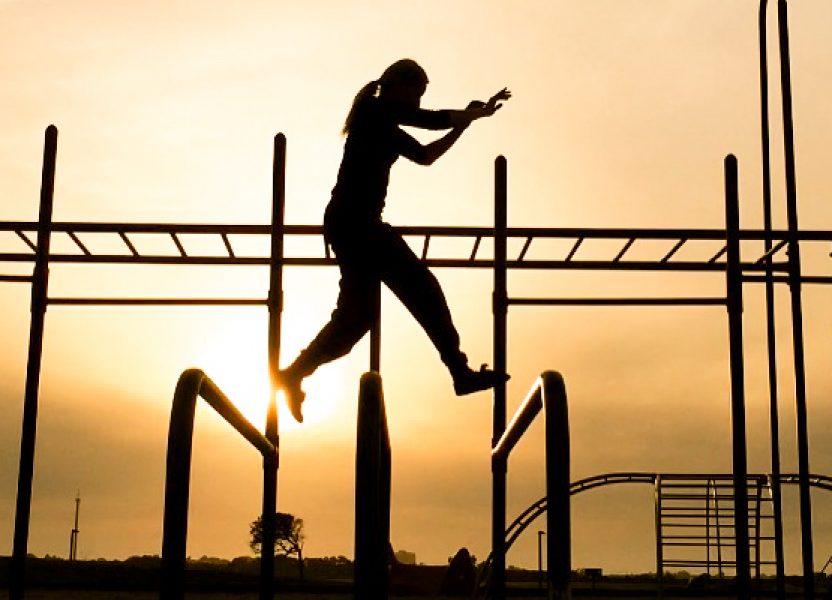 Oct 24, 2018 | Posted by admin | Everyday Thoughts | 0 comments |
I had a plan in the loosest sense of the word. My training generally starts with the idea of ‘I’ll go there and start moving and see what happens’. The backdrop of Fiesta Island in the distance, blue skies and a sun that would soon set provided another beautiful evening at the Tecolote Shores calisthenics park in San Diego. 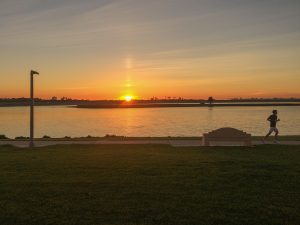 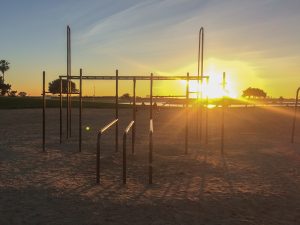 I stood up on the rails and began my balance rituals; standing tall, switching into belly breathing, releasing tension in the body where possible and attempting to wear my shoulders like a cloak (a description from a QiGong teacher 2 decades ago that I always remind myself of). One foot in front of the other, I began to walk the rail. The breeze was cool and the light constantly changing. 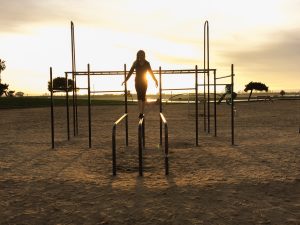 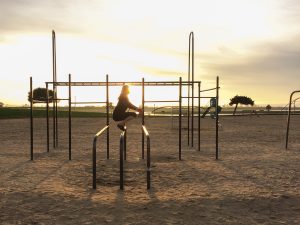 After deeming the rail walk a success the game of choice began. I wanted to be able to jump from one rail to another. Landing on a rail scares the crap out of me and taking off from one isn’t always that straight forward either. It’s a rail goddamit! They are not so wide and my imagination can run wild with thoughts of catastrophe that if I’m honest do belong in an animated Sci-fi film. Yes there is risk and that means the move requires focus and commitment. As with all my training it started with baby steps. A set of progressions to set myself up for success. I began by holding onto the supporting vertical bars that are next to the rails. I then stepped from one rail to the other. Repetition repetition repetition repetition. It is the foundation of skill acquisition and bedrock of learning. And so it continued. The slow cautious steps became more confident and the hand at some point didn’t feel the need to grab on for support. With each focussed step confidence grew. The movement became more dynamic and after 20 or 30 reps I was jumping! I was in the zone. 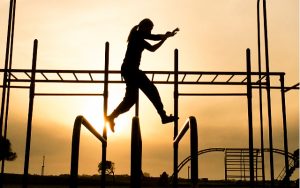 The feeling of complete immersion into an activity that sits on the edge of challenge and achievement is addictive. There is no time or space for a wandering mind or sense of self, it is the joy of flow. And then they came, like bees to the honey pot, the curious eyes and faces of other visitors to the park that evening. Kids love to play and they don’t care about your age. They care about the activity. Their minds are curious and forming, yet to be filled with conformity and restrictions on their movement ideas of what’s normal or appropriate. If I was doing something interesting they wanted to see if they can do it too. The rail was no longer mine and it made me as happy as the training did. For a short while we shared the space and they freely asked and explored their movement. There was no goal beyond the exploration and joy of the physical and mental challenges. No standards or age-groups, we all won our games that day! It’s happened time and time again and I almost expect it now. I regularly train on my own and host workshops at the park so this was nothing new. Whether it’s balancing, vaulting or jumping, they are in! Some ask, some just start to join in, waiting their turn on the space and expecting you to give them theirs. They are educated in the values and honour of play. At some point in our past we were too and from them we can be re-inspired to play and move with honour. If you build it they will come… 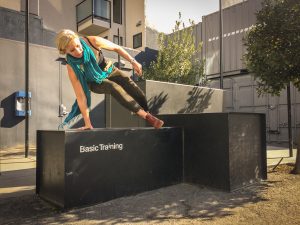 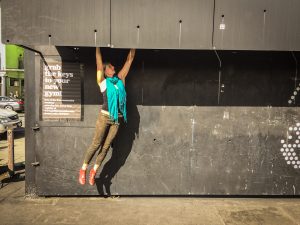 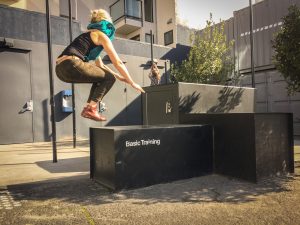 When city spaces are  designed for the needs of more than one dominant age group or type of ability, then positive intergenerational interactions are far more likely to occur. We are all the references that build up the picture of what we decide is ‘normal’ in our everyday lives. If we don’t see, feel or ‘read’ the invitations that are in front of us in our environments then we wont have the chance encounters and opportunities that those can bring. Tecolote Shores also has a large children’s playground area. The signage makes it clear that this space is for children. Adults should be present but the movement and play the space was designed for had young children in mind and not both age groups playing. There are clear roles – the participant and the guardian/observor. There is value in this safe space. Next to the children’s playground is a grassy area with different mounds and spaces for recreational pastimes to take place; think flying a kite or kicking a ball, meditation groups and various personal fitness groups move among the sunbathers and couples relaxing. The next playground area, my training play area of choice is somewhat different and to my mind serves a different role. There are no signs that tell anyone who can and cannot be there and in what capacity.  there are swings and climbing frames and odd shaped obstacles to move around and over. This opens up a world of possibilities, interactions and activities. Every generation needs not only a space to play, they also benefit from interactions with other generations that are outside of the everyday functions of a society that walks, works and shops. Civic space needs inter-generational play space. A healthy society is not one of divided generations across the spectrum of activities. 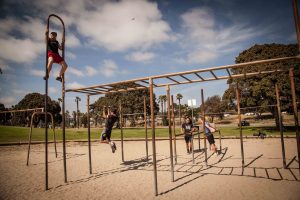 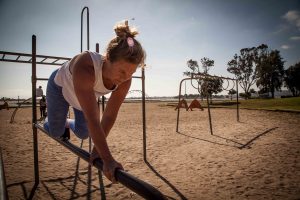 It is normal to go to the Calisthenics are and see women doing leg pistols and dips on the bars, the 30 year old calisthenics guy who wants to share his movement with his 2 year old daughter. Meanwhile the kettle bell group work out on the grass nearby and add some sprints into the mix. I’ve seen Dads and their daughters climb to the top of the swing set as well as sit on the swings. The climbing frame is as much my generation’s as it is the younger and older ones and we all appreciate the effort and skills in the moments. I’ve experienced the same thing at the play areas in Santa Monica where families move and play alongside the serious professional physical performers, the boot camps and the passersby who take up the spaces invitation to move their body and mind. 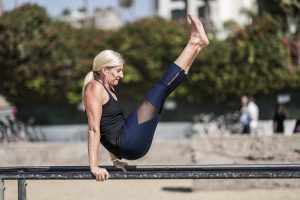 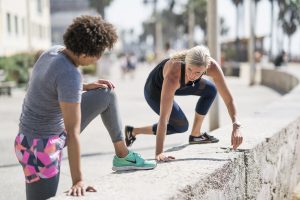 These are intelligent inter-generational spaces that have been designed for movement and play. In a risk averse society they are the exception not the norm and I think that is a disservice to the mental and physical health of a population. 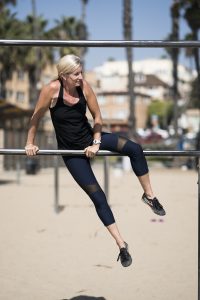 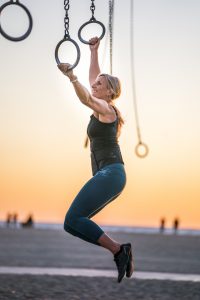 Where are your inter-generational spaces? How can you create and appropriate a space in a way that facilitates that?   To read more on inter-generational training check out the first in the blog series on this theme HERE.   To join a workshop and move and play at the beautiful Tecolote Shores, keep an eye on the WORKSHOP CALENDAR.   Go play and share your movements. Be both inspired and the person of inspiration to others. Santa Monica photos by Anya Chibis.