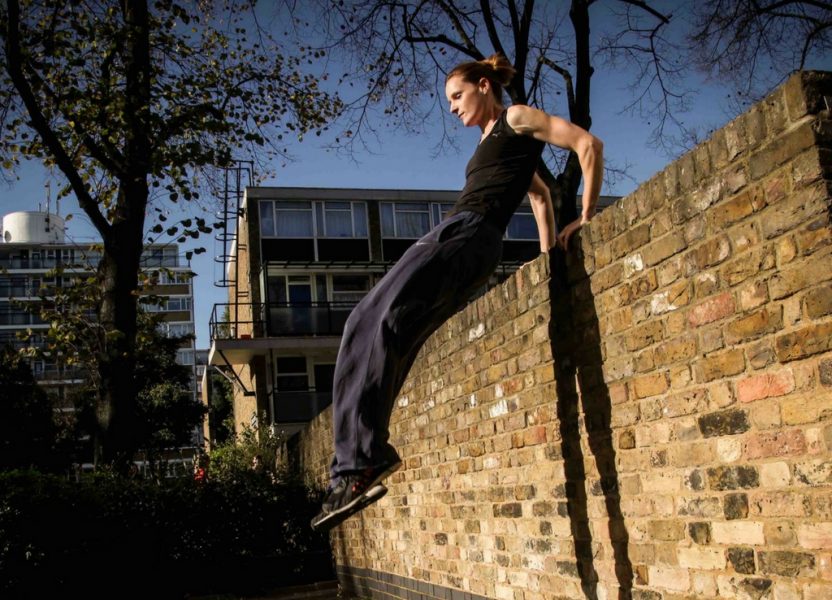 During the summer See&Do team member Tara Robinson was invited to coach at the Uppsala Parkour Girls Gathering in Sweden, an event organised by Uppsala Parkour, mainly focusing on maintaining a good connection between female practitioners around the world and also to attract more girls to start training the otherwise male-dominated sport that parkour is today. Hi Tara, What’s your Parkour story and how long have you been coaching? I started parkour after watching a video of it online in April 2011. I became completely obsessed with these videos. I remember thinking I had never seen any movement so unbelievably perfect. During one click-through youtube binge, I came across Julie Angel’s video (Movement of Three) showing a group of women doing parkour across London. Seeing women training was what gave me the bravery to go to a class. I’ve been training ever since. I’ve been coaching here and there for the past few years. It’s a hobby for me – sharing what I’ve learned from my own parkour journey – so I’m not a full time Parkour coach or athlete. I juggle my training with running a theatre company; writing and directing socially engaged live performance. What national & international Parkour events have you attended in the past? I’ve attended the incredibly special Gerlev International Parkour Week in Denmark (run by Street Movement), hopped about on the rocks at Junglewave in Italy (by ParkourWave), coached twice for the Women’s International Parkour Weekend (London, Parkour Generations), and attended every Rendezvous event for the last five years (London, Parkour Generations). They’re an incredible way to connect with people from all over, learn new things, get new ideas, and have your passion reinvigorated. How did you get involved with the Uppsala event? When I started training the community was still small. Groups of people training were very welcoming, and there was an online Facebook group that, at the time that met every Sunday to train. (Shout out to the original Sunday Supa XXL crew!). I made joyful friendships from all over the world, people that were in London for the weekend or a year or just a day, and two of these were Robin French and Therese Gunnarson. They came from Uppsala. The event has been running for seven years as part of  a movement to encourage more women in Uppsala (and nearby) to train Parkour. Robin invited me to coach this year. Who attends this kind of event? Who’s it aimed at? They’re for anyone who has a love of movement or thinks they might be interested in developing one. I’ve never experienced these kind of events in any other sport or discipline. Parkour is ultimately individual, it’s about you and your body. This means that a whole range of abilities can come together at the same event and train. There are always a handful of absolute beginners and some calloused weary parkour vagabonds about too. Usually activities are broken down into groups so the demands of the particular session will be tailored to the level of the practitioners, and if not, then the activities will be deliberately open for different experience levels. I love these larger gatherings because I get to explore new cities, or new spots within known cities, and gain new ideas from other long-time practitioners. Those who have been training longer can sometimes stagnate or lose the mad passion they had at the beginning. Events are good ways to find out what other people are playing with. Sometimes this is new movement patterns, sometimes it’s influences from other movement disciplines, sometimes it’s just seeing your buddies from gone days that fires you up again. 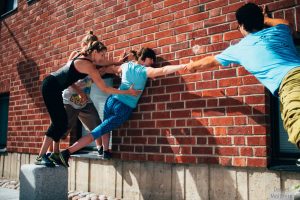 Can you describe the event itself in terms of what happens over the 2 days? Is it structured?  Free training, free to attend etc? Uppsala Girls’ Gathering took place over two days this year and cost 250 SEK which is approximately 30 US dollars. It includes two meals as well as all the classes. Superb value! The first day is very structured. It involves a whole group warm-up and then rotating sessions with different international coaches at different spots around the city. At each session or station, a different coach will lead you through a different focus. Sometimes the event itself will offer a theme for the whole weekend. This year the Uppsala team wanted to focus on integration and co-operation. Although it was called a Girls’ Gathering, all genders were welcome and I believe it’ll be the last year they will call it this. As coaches we were asked to concentrate on ways of using parkour together. My station was concentrated on synchronicity of movement. It’s something I’ve been playing with lately with some training buddies. At its core is control, flow and listening. The day was finished off with some conditioning as a whole group (you do as much as you can), and a cool down. Uppsala also includes group meals which is something I personally think is totally awesome. The second day was made up of sessions which participants could choose from – elective modules if you like – and was followed up by free training, with coaches on hand to offer advice but not formal structured lessons. 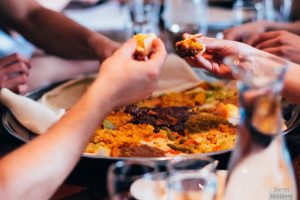 What were you coaching there? My session was focusing on listening to those around you as you move. Some of this was a group or hive mind type activity, and the rest was working in pairs to synchronise routes through and around obstacles. You can never be perfect at this, that’s what I find so fun, and you’re focusing on yourself as part of a team. 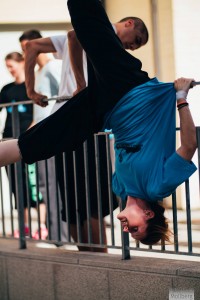 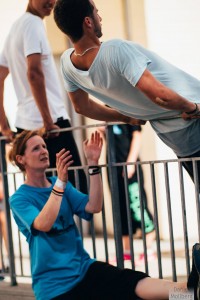 How would you describe your style of coaching? Probably quite fun, with lots of awkward challenges thrown in. I like people to coach each other and themselves, so try to elicit this where possible and in doing so promote sharing in each other’s challenges as well as successes. I’m very encouraging too – I make note of each person’s personal struggle, and try to offer one or two clear coaching points. When I can see that either skill or confidence is improving, I like to praise that. Not all coaches do this, and there’s something to be said for nurturing the ability in your students to praise themselves.  I think a lot of parkour training can be quite solo, and as a freelancer I’m also very solo, and sometimes it’s hard to remind yourself you’re doing well all the time. It’s nice when someone tells you too. What memories of the event do you have that make you smile? Two guys in particular who absolutely nailed their synchronised routes. It was beautiful to watch as each foot and hand placement was perfectly in time. What really made me smile though was the buzz they got from each other doing it. When they landed their last jump they were just glowing. That was cool. The other coaches and their terrible banter. What do you think the attendees gain from this type of event? 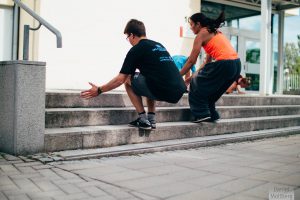 This year there was no moment that was all female in Uppsala. I found this interesting actually. It called itself a Girls’ Gathering so suggested segregation, but the gender split was even, and there was no segregation among groups. It’s hard to say exactly the impact that had on the participants, but I like the experimentation and focus on inclusivity and sharing. I do think all female environments can be helpful sometimes though. The existence of one when I began was certainly a factor in me starting. I would have been terrified of falling over, looking stupid or just being weak, in a mixed one. Moreover, I think when I have coached all women, we have focused on particular areas that we naturally struggle more with – upper body strength is the most obvious – and I have worked hard to find ways to incorporate training these areas with fun. Men can obviously benefit from this too, but women can feel considerably less intimidated and focus more then on their achievements than their difference. What can other events or groups learn from the Uppsala way of doing things?  Communal meals are fantastic. If they can be included in the price of the event, I think that really helps. It stopped me wondering whether there was a shop nearby and how long the queue would be before I could begin digesting. What’s the take home message from the event? Play together as much as you play alone. Event photos thanks to Daniel Mollberg