Why I train: Dogs, Squirrels & Vaulting 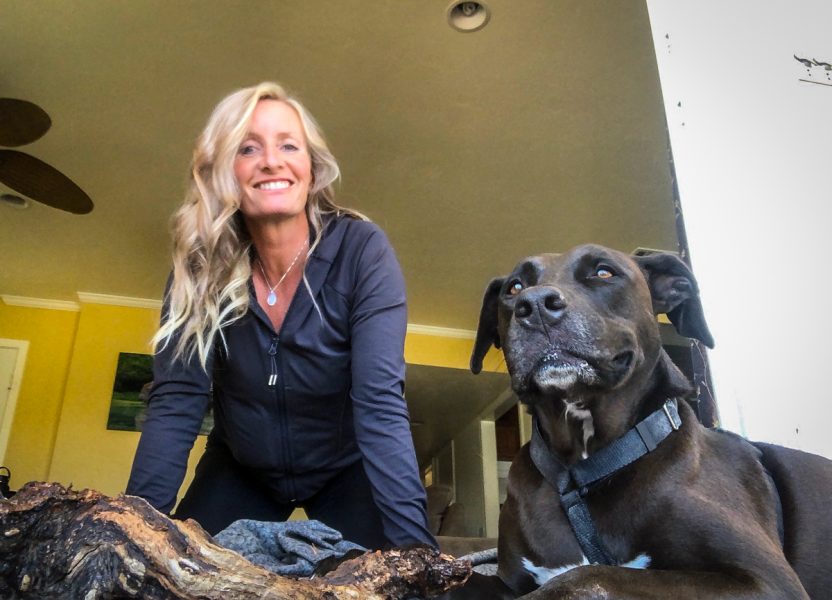 Why I Train: dogs, squirrels & walls

Why do I train? Sometimes the answer isn’t obvious and then on other days I’m grateful for all the trining that I have done.

Squirrels and the thrill of the chase are like crack cocaine to my dog Pax. Their fast twitch muscles are not only enchanting to the human eye, they have the power to make every bit of dog training I’ve done seem irrelevant. Once my lab-pitbull mix beautiful mutt gets the scent of squirrel I have a few quick choices to make. I can choose to get a good wide stance and hold on for what might look like urban water ski-ing, let go of his lead, or if he’s roaming freely anyway, I need to keep a watchful eye on where he’s at.

From zero to hero he’ll be going at full sprint before I know what’s happened.

We had nearly completed the full circumference of the dog park one afternoon when I could see Pax get particularly interested in something moving under some fallen logs and other bushes. Then it happened.

Balboa Park in San Diego is well known within the parkour community for it’s diverse range of opportunities to train on and the acceptance of the general public in them doing so. There’s everything from a mosaic sparkling green dragon, to the walls, railings and the urban furniture that is considered the norm for parkour training.

I’d been training in the park one afternoon with my friend Laura and we decided to head back to the car. Before leaving I thought Pax would enjoy some time off leash in the large dog park next to the El Prado street entrance. There had been all the standard dog greetings and sniffing, the obligatory ball chasing and stealing then it was squirrel time! Full sprint, Pax skirted in, out and over anything in his way before heading for the edge of the park and the waist high wall that provided the boundary between the park and street. I shouted, he ignored; he was in the squirrel zone. The wall couldn’t contain him and as I watched and continued to shout.

Up and over he went continuing his chase. No time to think, just move. Knowing Pax was freely running down a potentially busy street with people,  dogs and cars left me with no lack of motivation. It was my time to engage zero to hero mode. I ran, vaulted the wall and ran some more. All’s well that ends well. I got Pax back and have no news on the squirrel.

They led me to step over slightly higher obstacles that in turn led me to have the confidence to then move slightly more dynamically. My nervous system and reaction times were trained every time I  practised this move in a new location. Each wall, rail, fence, boulder or log added a rich variation and complexity that could never be found within the standardisation of ‘made for equipment’. In sunlight, moon, warmth, cold dry and wet. Each context prepares you.

My years of stepping over low level obstacles paid off.

I train to be better at life and sometimes life means running and vaulting a wall to get to your crazy squirrel obsessed dog.

There are opportunities for movement everywhere. Explore and see where you can play with stepping over and under. Add this in as a movement snack when you are out on a walk, or training in a gym. The world is your playground, move freely in it.

For more ideas on different types of movement snacks, check out the Movement Snacks Instagram channel and join the free Move More course from See&Do. And in the meantime, if it applies, keep an eye on your squirrel loving dog! 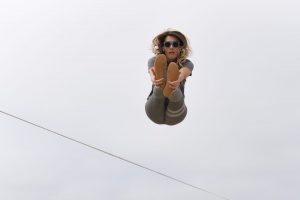 An interview with Olga Henry

Hard hats, dressing up and puzzles on a slackline a new interview by Julie Angel with World Record breaking slack liner Olga Henry 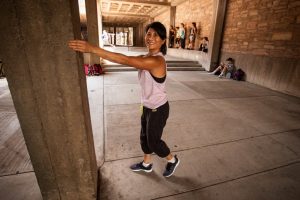 Why do I do Parkour at my age? by Christie Thomas 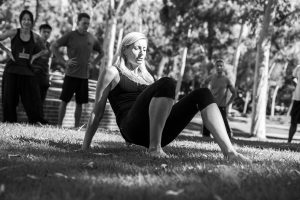