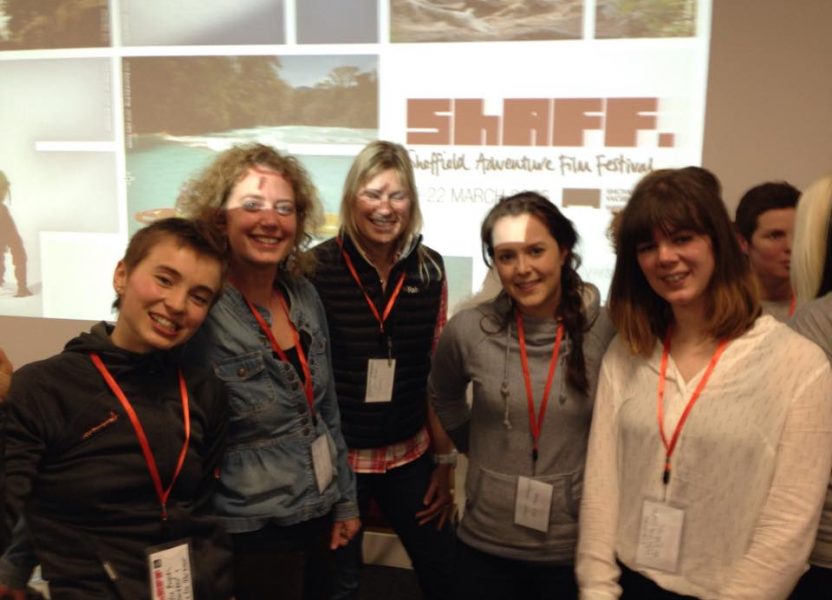 Mar 27, 2015 | Posted by admin | Everyday Thoughts | 0 comments |
‘You can’t be what you can’t see’ was a phrase repeated a few times during the Women in Adventure Network event organised as part of ShAFF 2015. It resonates well with the idea underpinning Julie’s See&Do project, and I felt good to find myself among like-minded people, representing See&Do.

The event kicked off with a preview of the best adventure movies submitted to the festival, including Julie’s Movement of Three, which won silver in Best Short category. The panel comprised of film-makers and athletes who pave the way for other women to take their place among outdoor and adventure orientated creatives and sports-people.   A much discussed issue was the fear of pigeonholing women’s activities as token events. Climbing filmographer Jen Randall called for maintaining the highest standards of practice so that there can be no place for undermining women’s achievements as ‘good, for a female’. This was echoed by Mina Leslie-Wujastyk, a climber portrayed in Randall’s documentary. Ultra-runner Nikki Kimbell pointed out that female athletes and adventurers don’t enjoy the same level of media attention as males, which in turn leads to issues of financing and sponsorship. This is especially surprising in the realm of ultra-running, where certain female runners consistently outperform men. ‘Women need to take our place in professional sports, and we need to show that we are worth watching’, says Kimbell in a movie about her.

After the panel discussion, panelists and attendees had a chance to relax and network over a glass of wine. It was a pleasure to attend an event that proved how many women are already involved with the outdoors and adventure industry, and that they are also concerned with the issues of equality. A big shout out goes to the organisers of ShAFF, who managed to double the number of films featuring women shown at the festival. The networking event was aiming at further reducing the gender gap in adventure films industry, and outdoor sports in general.   Below you can watch some of my favourite movies featured at the event. A full list of guests can be seen here. Finding Traction Trailer from Partnership Productions on Vimeo. Project Mina Mini-Teaser from Jen Randall, Light Shed Pictures on Vimeo.   Zofia Reych Girls Go Climbing Strong Women See. Women Do. Women Move.